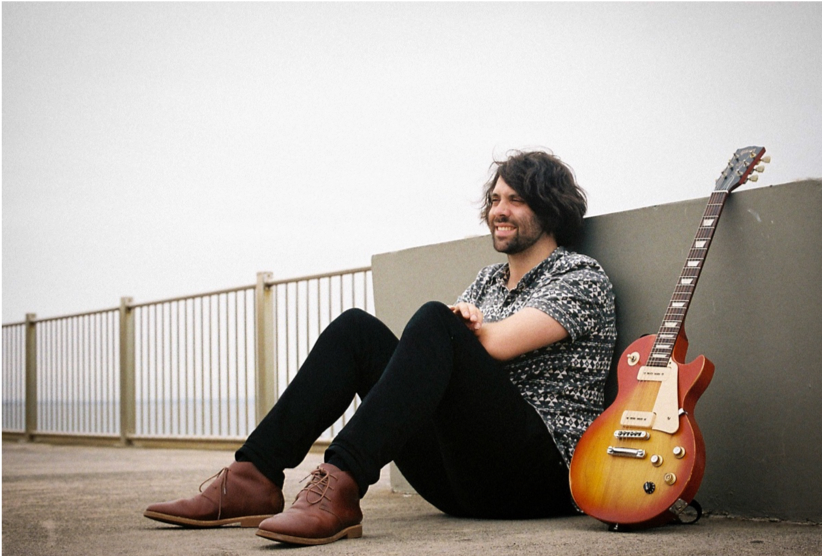 “At the end of the day, I hope the Melbourne music scene makes a comeback and I can have that wholesome musician experience again.”

As further restrictions loom over Victoria, isolation is used by artists as an unconventional form of productivity. Amidst these unusual times, singer/songwriter Dom Brinkley has released his third single Stumblin' Home, a psychedelic-infused blues track compiling of various genres.

Brinkley’s musical direction has strictly been orientated towards the genre of Blues; however, he decides to tap into a different sound with his new release. Brinkley has been writing songs ever since his musical journey began at 13 when he first learnt the guitar.

“I used to write really basic stuff. G, C, D.... those kinds of chords. Obviously, none of them were any good. That’s how it is when you start off.”

Rock has had a heavy influence on Brinkley’s music, including bands like Wolfmother and Led Zeppelin. Throughout high school, the young musician took part in bands of various genres and style. These ranged from alternative rock outfits, like ‘Universal Outcast,’ to an indie folk project with his brother Patrick in ‘William’s Cave’.

2020 marked Brinkley’s leap of faith as a solo act, releasing his own music in his chosen styles. Brinkley admires the work of King Gizzard & The Lizard Wizard and attempts to imitate their freedom to experiment with whatever they feel like in a creative sense.

“I have always looked up to artists like King Gizz, there’s no rules with a band like that.”

The transition from a band member to a solo act has given Brinkley the opportunity to lead his music in various directions and create music that stands apart from his previous bands. However, this still presents its own challenges.

Brinkley contrasts the aspects of performing in a collective to on his own, “…you’re sharing the load amongst each other, but playing solo is a completely different experience.”

Stumblin’ Home, takes a different turn. Starting with a basic 12-bar progression, Brinkley shared how his interest in psychedelic rock moulded the track into something different. The new single intended to be Blues focused with the singer/songwriter wanting to introduce a more ‘chaotic’ aspect. The track clearly demonstrates Brinkley’s capacity as a musician, both vocally and instrumentally. Spotify faces a substantial task trying to categorise this man.

“It’s short. The shortest song I’ve ever wrote, Brinkley said. “Short and sweet.” Brinkley had hesitations about the song length, however, he decided it “…just sounded complete the way it was.”

The single morphs a wide array of genres and styles into a satisfying mess of layered guitars and fuzzy vocals. Brinkley found it difficult to pinpoint how it came about.

“I was honestly just messing around, there was not much direction other than a psychedelic influence.”

Brinkley places an emphasis on having fun when making music. Far too often, bands and other industry professionals lock themselves into a specific style and end up being creatively limited. Brinkley lays the groundwork by disregarding the boundaries of being in one genre, admirably exploring where his interests are at. 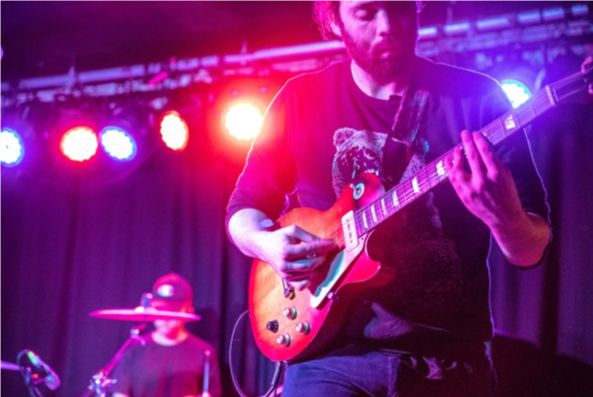 In light of current times, Brinkley’s live ventures and open-mic gigs and bars were put to a halt. You would often find him in locations across Melbourne playing small shows here and there. In spite of his frustration, Brinkley expressed his positive attitude towards restrictions.

“…music is definitely helpful, it’s great to have a hobby like that. Especially learning about production because I would love to do that in the future.”

As valuable as spare time is, as a musician, Brinkley explained that you can over-obsess and go too far into whatever you’re doing.

“I need to make sure I am looking out for myself, keep in touch with mates, that sort of thing.”

Despite the hype behind announcing new music, Brinkley expressed the downsides behind the excitement. As an emerging artist, Brinkley experiences a lot of pressure and anxiety when releasing music. The young artist understands the commonality of these feelings.

“Anxiety is a normal part of life,” Brinkley said. “You've got to push through it.”

Having had existential thoughts about his path as a musician, Brinkley claims he always comes full circle, falling in love with music again. The emerging artist is looking ahead to his new release with mixed feelings of nervousness and excitement.

Brinkley places a passionate urgency on trusting your gut and having fun in the process, advising other new artists to focus on music being a form of expression, not a form of validation.

Click here to save Stumblin' Home by Dom Brinkley.