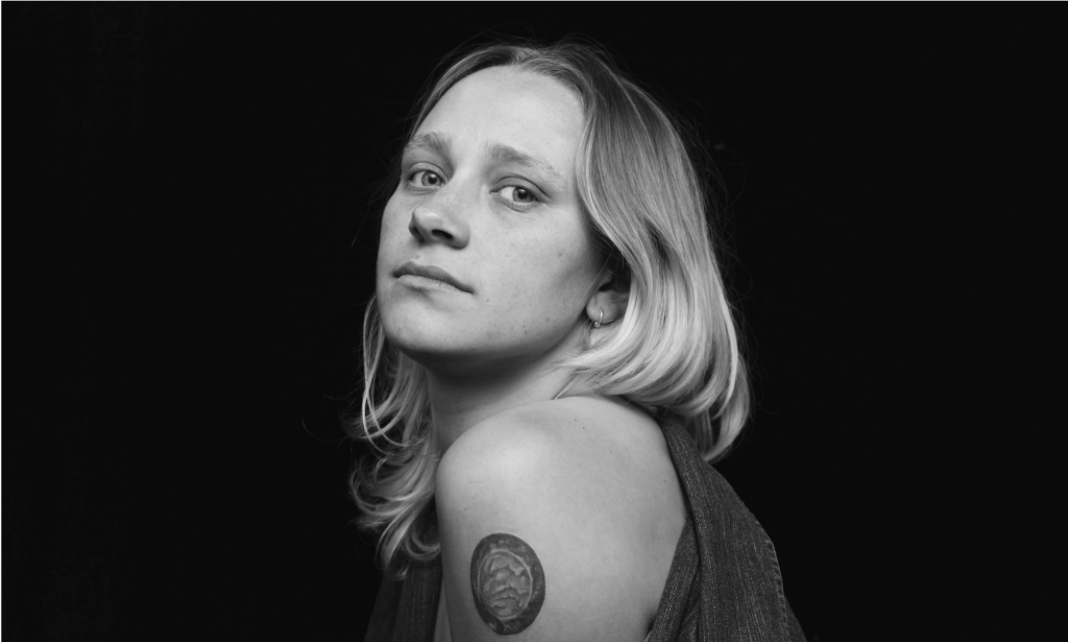 Travel can do amazing things. Whilst immersing yourself in multiple cultures all at once, one can find the common connection in all walks of life. The liberating period abroad allows a traveller to realign themselves and think intrinsically about what they want to do when returning home. In an interview with T-Rex Musiq, the nomadic Tasmanian singer/songwriter Joscelyn Wynter unveils how she used her overseas adventures to find clarity and purpose.

After spending a year in Chile, Wynter found herself busking in New York. In her music video to ‘Red Drops, Black Wall’ on a Brooklyn rooftop, Wynter speaks: ‘is that the river I came for?’. The singer/songwriter uses the ‘river’ as an allegory to describe life and her spiritual journey.

“The river is always going to take you into different directions.”

Looking to write in a more intentional way, ‘Red Drops, Black Wall’ came at a time when lyrics were spilling out onto the page. Wynter relates this to how she had an eye-opening revelation of what is important to her.

“(I was) letting my true voice out without forcing it.”

Circling back through her travels, Wynter has constantly been on the move for 6 years. Since leaving Tasmania at 18, Wynter has yet to remain in one place for more than a year, navigating through Europe, Latin America, New York and Indonesia. Wynter would often dip her toes into various music scenes of the places she visited, joining freestylers and local artists on the streets. This instant connection through music rapidly elevated Wynter from your transient traveller to a member of the community.

The commonality in every destination of how unifying music was stuck with Wynter. During her time studying abroad in Chile amidst its revolution, Wynter was exposed to music’s integral role in its social dynamics, history and community activism.

“I was really mind blown in Latin America by how powerful music is at bringing people together, and how powerful it has been in social movements.”

In her final months in Chile playing in an experimental rock 7-piece street band, Wynter delved further into this subject matter, questioning how influential an artist can be in society. This was where the singer/songwriter lost herself in the Jeff Buckley catalogue, more specifically the highly acclaimed Grace. The impact Buckley and the protests had on Wynter at the time were profound. It helped Wynter decide she wanted her music to be a catalyst for change.

“I want to be able to make my own opinions about the world and not just be passive,” Wynter said. “I want to be a part of social movements and the better of the planet.”

Coming back last summer to her new base on the mainland in Melbourne, Wynter had concrete feelings to take her music career seriously.

“I had the spiritual journey of, ‘Oh, this is what I want to do, this is powerful’, and now I just want to get cracking and do it!”

Wynter aims to combine the hours she puts in at her home studio with her studies in the dynamic learning environment at Collarts. On her first day, Wynter was stunned to find a community as passionate about music as she was.

“Everyone just cares about the industry and being a part of it,” Wynter said. “It’s a really great community, everyone has been so supportive.”

Starting a new tertiary degree at Collarts marked a symbolic moment for Wynter. In this new artistic chapter, Wynter took down a lot of her old material on all streaming services to make room for a higher standard of work that she is prouder of as she builds her profile.

“I wanted to set the bar a bit higher,” Wynter explained. “For me it’s nice to get rid of things and focus on the thing at the moment.”

Wynter is currently working on her debut album, spending most of her time writing and making demos.

“I wrote a bunch of new stuff in quarantine and had a really nice hermit moment,” Wynter shared. “I have so many songs, but I’ve wriggled it down to an album’s worth of songs I really love, and I feel pretty proud of.”

Wynter intends to enter a whole new territory in this next phase of her music career, growing beyond just having herself and a guitar, to assembling a full band.

“I just feel like I want to take the songs to the next level with a band,” Wynter expressed. “I’ve written a few songs that are more ambitious and exciting for me as a young artist.”

Collaborating with local funk jam collective Palace Funk on the saxophone, playing in a band is not foreign to Wynter. The multi-instrumentalist says the free form jam sessions with Palace Funk can turn into anything.

“It’s kind of like stretching, musical yoga…you just get it out of your system!”

Listen to ‘Some People Say’ by Palace Funk on The Community Mixtape under local label Dead Family Pets.

As her projects progress, Wynter is excited by how herself and the youth of today will play a pivotal role in reviving Melbourne’s vibrant music scene after this trying pandemic period.

Similar to how Wynter was able to look internally at herself over her past 6 years, society has been given the time to reflect and work on themselves.

“The most unique thing that everyone has is their story.”

When given the all clear to reunite, people will be able to share their experiences again. In the live music setting, the atmosphere will be electric with everyone being able to share and hear each other’s stories.

“When live music comes back, people are going to go nuts!”